How to Migrate Emails from Hostinger to Office 365 Account ?

Read this blog to get full information regarding how to implement Hostinger to Office 365 migration.

Hostinger began in 2007 as a free web hosting email service known as 000webhost.com. Envision that–free web hosting. After four years, they became advanced into Hostinger and the rest is history. Since 2011, Hostinger has evolved a lot. During the mid of 2014, their hosting services were utilized by around 10 million individuals, and right now, the organization brags more than 29 million clients.

Though it is one of the favorite web hosting services among users and fits best for your web-specific hosting needs. But like other things, it also comes with some cons.

Untrustworthy Uptime- As everyone knows, uptime is a significant part of a web hosting service. Unfortunately, Hostinger has a terrible uptime which could cost you a great deal of money.

Individual Plan has only one email- If the users have numerous people who require an email with the domain of your website, then Hostinger is not the ideal choice for you.

Improper customer support- It does not offers phone call support to walk you through queries that are annoying.

To make things simpler for you, we have done a lot of hard work and put together the most reliable and effective solution to get rid of this problem. You can easily move Hostinger emails to Office 365 migration as the latter one is the best productivity suite which is bundled with many amazing features.

In order to migrate emails from Hostinger to Microsoft 365 account, you can use the BitRecover IMAP Mail Backup Tool. It gives the facility to batch transfer Hostinger mailbox to Office 365 along with attachments. The software gives the functioning to move multiple Hostinger account emails to Office 365.

It comes with a free trial version which is useful for testing the software’s features. Also, it permits to convert few Hostinger emails to O365.

How to Migrate Emails from Hostinger to Office 365 Account ?

First of all, download and install the software on any of your Windows or Mac machine.

Now, mention the email address and password of your Hostinger account. Fill in the IMAP Host as the imap.Hostinger.com and IMAP port number as 993. Click on the login button to begin the process. 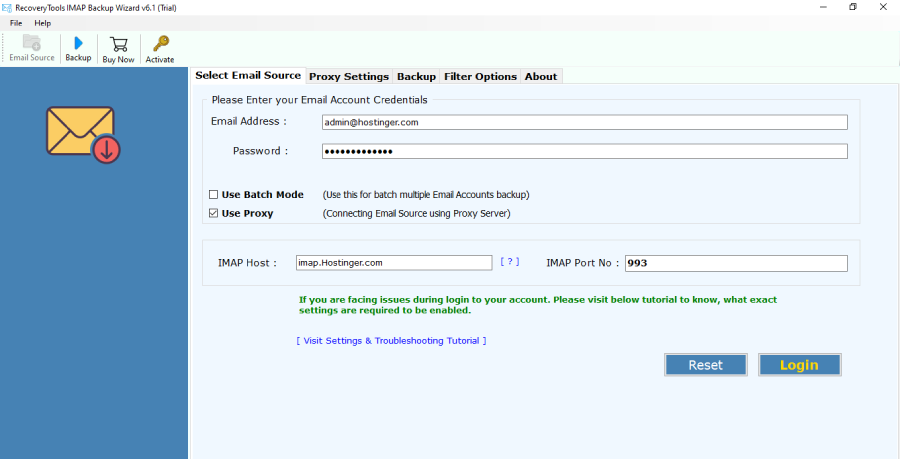 Enable the required mailboxes whose data you wish to migrate from Hostinger to Office 365. 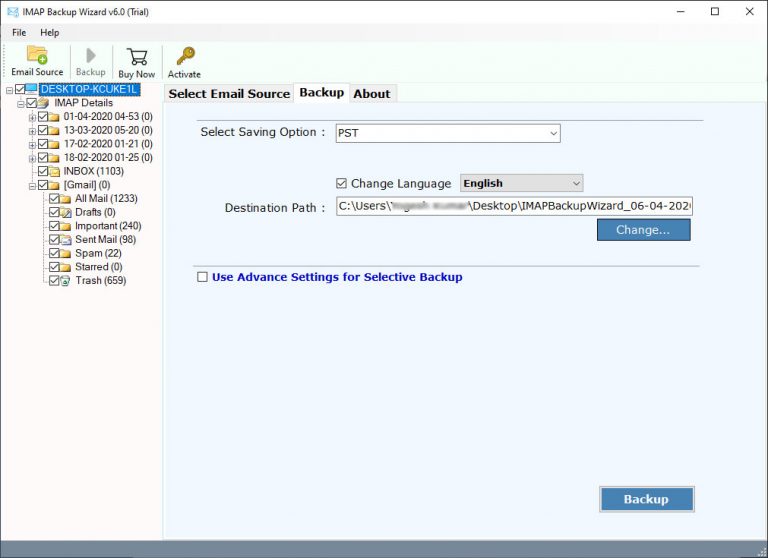 Then, select the storage option as Office 365. Also, enter the email address and password of your Microsoft 365 account in the respective fields. 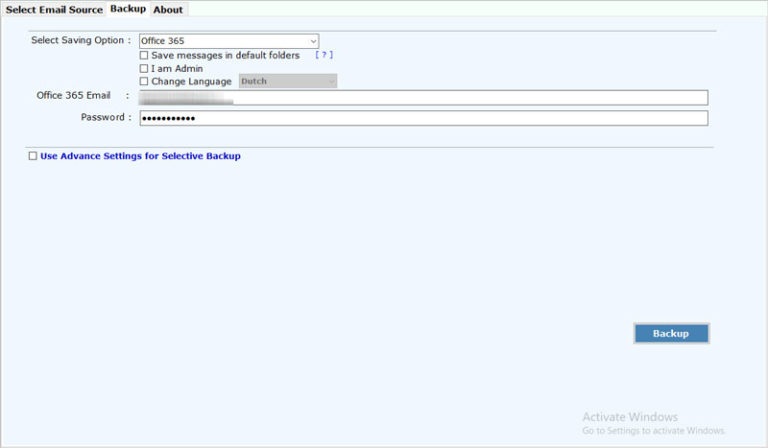 If you want to do a selective email migration from Hostinger to Microsoft 365 then enable the ‘Use Advanced settings’ option.

Finally, tap on the backup button to start to migrate Hostinger mailbox to Office 365 account.

Users can take the help of this application in order to batch migrate emails from Hostinger to Office 365 account. By using the batch mode option, the users can convert multiple Hostinger account emails to Office 365.

The tool grants the users to keep intact all email elements like metadata, inline images, hyperlinks, attachments, signature, etc during the Hostinger to Office 365 migration.

The software always protects the on-disk folder hierarchy during the entire conversion.

In the above tutorial, we have explained all the steps to perform Hostinger to Office 365 backup. The suggested software is very easy to use and can be used by any beginner or technical user. It is useful for batch migration of Hostinger emails to Office 365 with attachments.

How to Migrate Hostinger to Outlook

How to add Hostinger to Gmail