Five-Simple Steps to Do AOL Mail to Office 365 Migration

“A New Mail Received” – This message is very common on AOL mail if you are using it for a long time. It’s been more than two decades that America Online (AOL) is around us. However, even having intuitive interface, it is now not as much utilized frequently. Since mostly big organizations look for a email application that can perfectly fulfill their needs such as Microsoft 365. It’s a very common query these days that how can I do AOL mail to Office 365 migration!

Why AOL Mail to Office 365 Migration is Significant ?

In the last few years, there has been plethora off users who are asking queries like – “how can I forward AOL mail to Office 365?” , or perhaps “what is the best way to migrate AOL email to Office 365 account?”

Frankly speaking, the users who contact us are hassled with the declining support performance of AOL email accounts. Also, users become incapable to thread conversation messages and labeling functionality in the AOL mail service. Moreover, the email searching proficiency of AOL is too simple. Thus, this leads a huge turn off for individuals, organizations who wants a robust email service for all of their needs. And most importantly, AOL mail can’t be compared with the integration capabilities of a professional suite such as Office 365.

First of all, download the AOL mail to Office 365 migration tool on any Windows machine.

PLEASE NOTE- Take a free trial of the AOL to Office 365 tool to test the tool’s functionality. It permits to move few AOL mails to Office 365 account. To overcome this limitation, purchase the license key of software.

Now, after launching the tool, navigate to the email sources list and choose AOL mail from it. Thereafter, the tool will start fetching the AOL mailboxes in the software panel. Enable the required folders which you want to forward from AOL to Office 365. 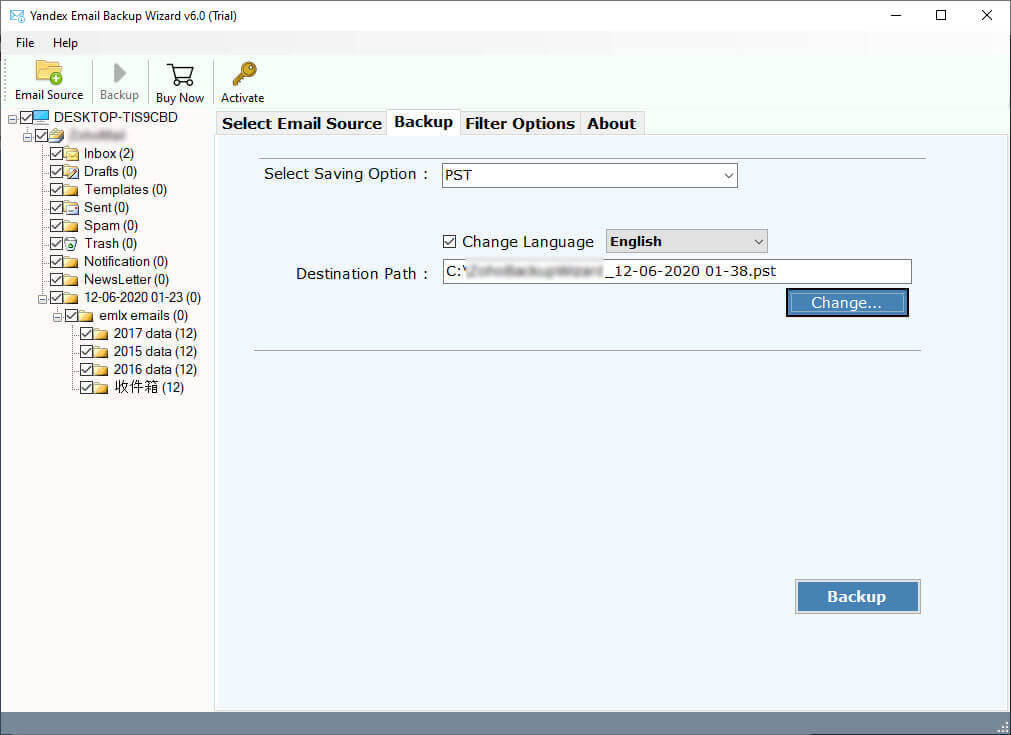 Then, go to the saving options list and choose Office 365 from it. 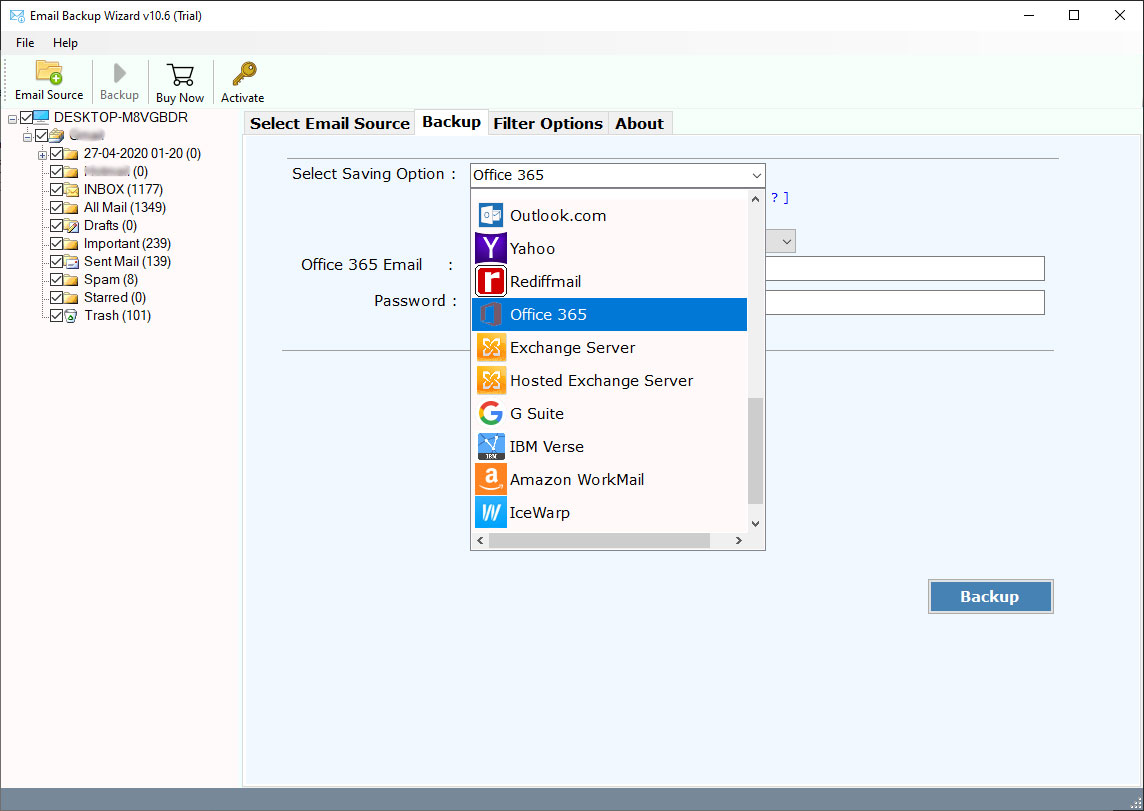 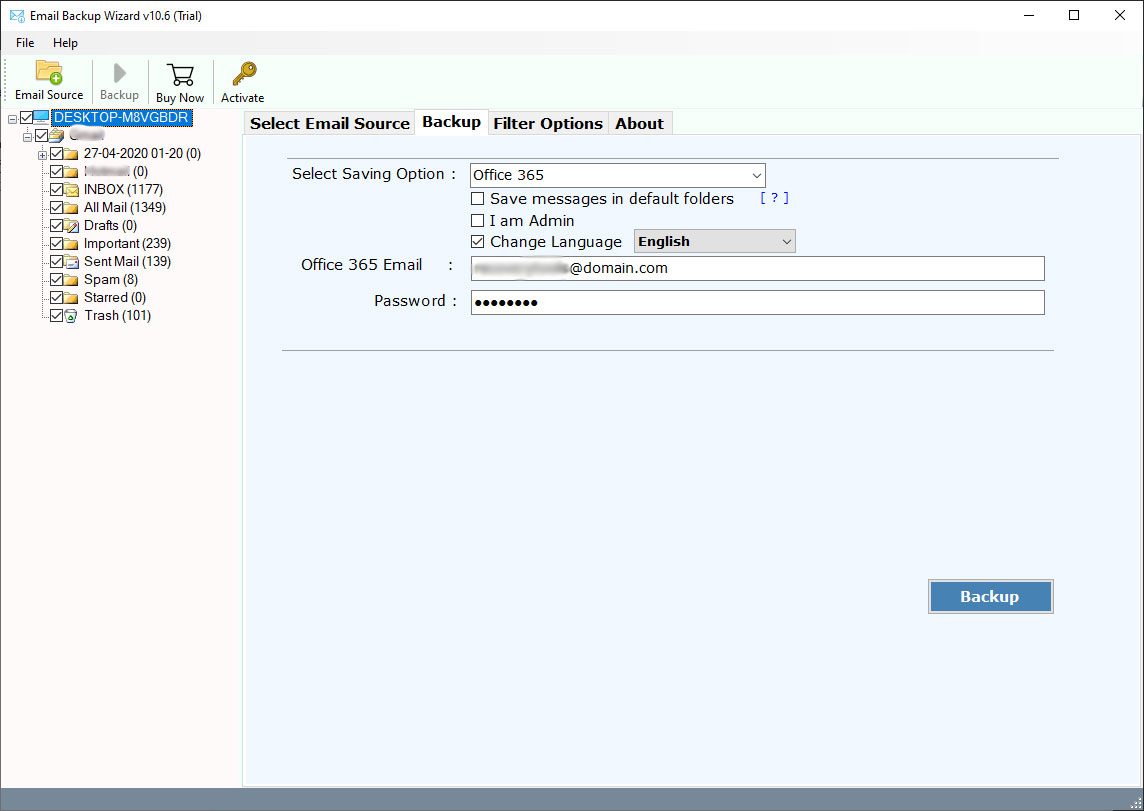 Now, click on the backup tab to begin the AOL mail to Office 365 migration process. Once the process finishes it will give a completion message. Check your Office 365 account to view the AOL email messages migrated into O365. 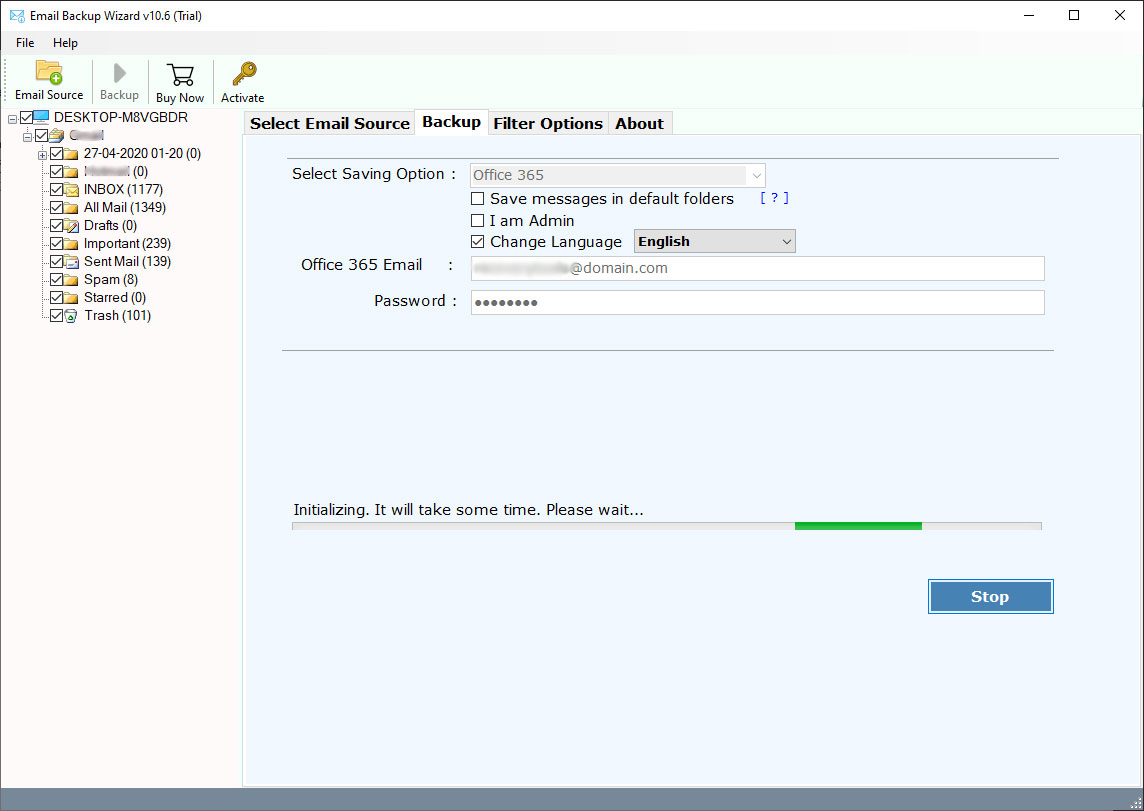 Safe platform – The AOL mail to Office 365 migration tool comes with a consistent interface. It can efficiently move all AOL emails into Office 365 accounts without any data loss issues. Moreover, it never saves the user’s details in the software’s database.

Preserves email properties of AOL mail – Users often get hassled out with the AOL email to Office 365 migration process. However, with this application, one can easily forward AOL emails to Office 365 with preserved email properties. It keeps intact the sender and receiver details, inline images, subject, email attachments, hyperlinks, etc.

Maintains internal folder hierarchy – During the process to migrate AOL emails to Office 365, the utility preserves the original folder structure completely. It gives the users an exact copy of AOL emails folders into the Microsoft 365 account.

I am Admin option – Best thing with this application is that if you wish to migrate AOL to Office 365 administrator account, then use the ‘I am Admin’ option.

One can’t compare the benefits and features that Microsoft 365 offers to its users. Unlike AOL mail, it is an advanced suite whose working expands to much further than email exchange.

#1 Small, medium and large-sized enterprises considers Microsoft Exchange as one of the trustworthy systems.

#2 The business plans of Office 365 comprises of Outlook which is far better than AOL mail.

#3 Office 365 also consists of other important services such as Microsoft Excel, Word, PowerPoint and OneDrive which are strongly integrated with the email app.

#4 Individuals get great security and support with Office 365 plans.