Malware inclines to grow, with the crooks addition of new functions as well as techniques to benefit it evade detection by any antivirus programs. Occasionally, an evolution is rather rapid. Just like SynAck Ransomware that has been known from September 2017, has recently been fixed to become a sophisticated threat, which avoids detection with any unprecedented efficiency and utilizes a new method known as Process Doppelganging. 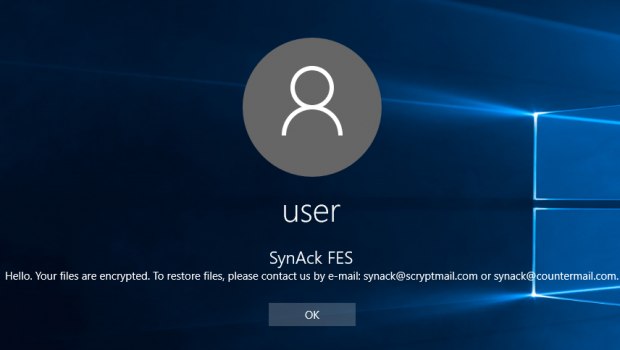 What is Sneak Attack?

Malware creators usually utilizes obfuscation, which means that a way to make code unreadable so as antiviruses will not identify malware. It is typically paying special packaging software for that determination. However, the antivirus developers fixed on, and antivirus software smoothly unpacks such packages. Developers behind the SynAck select other way, which needs more effort on both the sides- thoroughly complicating the code before its compilation, making recognition expressively harder for security solutions.

That’s not only evasion technique the new edition of SynAck usages. It also works a rather complicated procedure Doppelgänging technique. It is the first Ransomware seen in the wild to execute this.

If we see the prespective of users then, SynAck is more Ransomware that demand for $3,000. Before encrypting any user’s file, it makes sure that it has an access for its crucial file targets by killing some procedures, which will keep the files in usage and limits off. The victim will see Ransom note that covers the contact instructions, and logon screen. Inappropriately, SynAck utilizes strong encryption algorithm, and no any flaws have been originate in its application, so there is no anyway to decrypt these encrypted files.

Get Ready for Next Generation of Ransomware

If SynAck is not coming for you then, its existence is clear sign that Ransomware is developing, becoming more sophisticated as well as harder to guard against. Decryptor applications will seem less frequently as the attackers learn to evade mistakes, which made creation of those decryptors conceivable. Despite of ceding ground to hidden miners, Ransomware is still the biggest global trend, and knowing how to guard against all such threats is must for every user.

Tips to avoid infection or, if necessary, minimize all consequences.

Safety is in our hands only. Therefore, it is necessary to be aware with all the latest threads and way to be secured in this Cyber World.