While talking about the most favorite Open Source tools, the VirtualBox definitely finds its place here and not just this, it ranks high in the list of these favorite Open Source software. Apart from being free, it has more to offer to the end-users, as it is very powerful and highly simple to be used. For the hardware that is older, VirtualBox is a first-rate solution for the process of virtualization.

Note
While running the VirtualBox on a machine that has around 2 GB or more RAM, the disk space gets quickly eaten up as well as the memory gets speedily consumed by this VirtualBox, which is a virtualization software; so, one should do it on a hard disk that has 10 GB of space as a minimum to spare.

A Practical Example of How a VirtualBox Machine Got Corrupted

A user lately installed VirtualBox on a somewhat older ‘Dell’ laptop that had a Pentium M processor with only 1.7 GHz; which also did not have any dedicated graphics chipset too. The RAM was maxed in the past to around 2G. So, there was quite enough memory space for allocating to the Guest OSs. Naturally, the very 1st thing that was done at that time was to see that how far could the system be pushed, with this virtualization software running the software applications inside of a Guest Operating System, while casting off the normal workload at the 10.04 Host Operating System of Ubuntu, and finally, even after trying the level best, the result was, quite far off, until the system was inevitably broken.

In the above example, the whole system crashed, which caused the loss of some data and the user was left with a corrupt vbox XML file, which is a file that is very necessary to run the Guest OSs. So, you can imagine the gravity of the problem! Luckily, the solution of this problem is easy, fast and pain-free and also done not require the re-installation of any software, except the possibly corrupted Guest Snapshots only, which is a great advantage of using VirtualBox as a virtualization software solution. If the last Snapshot gets corrupt, you can easily restore to some previous state without the need of re-installation of whole of the Guest Operating System.

The error that comes after the corruption of the vbox XML file is usually caused when the system locks up; thus preventing the virtualization software from finalizing the writing out to its file of configuration. The error probably implies that the <VirtualBox> opening tag on the line 2 of the file did not have any corresponding </VirtualBox> closing tag at the file’s end. 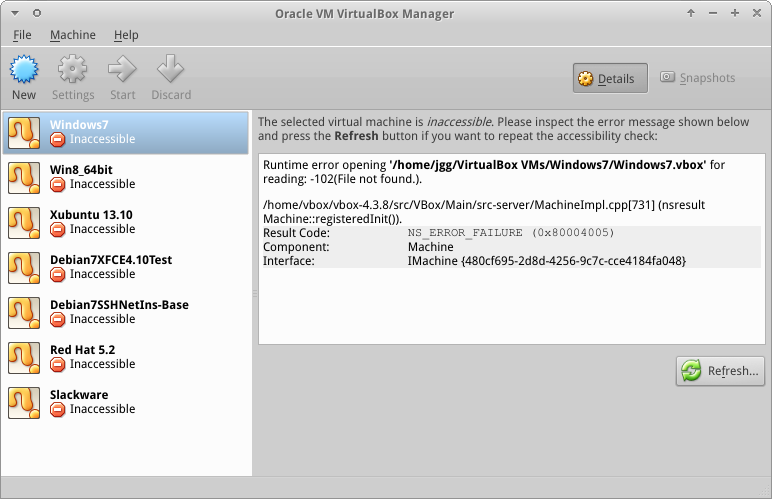 Note
The fastest method of finding out if this is exactly what has caused the problem in your case; you can locate your vbox XML file for the Guest Operating System, whose home directory location is inside the folder of ‘VirtualBox’ in the ‘Machines’ folder in the ‘Name-of-Your-Guest-OS-Directory’ folder, saved as ‘Name-of-Your-Guest-OS.xml file’

The cause of the problem and the emergence of the error message could probably be simply that the XML file was badly corrupted whose repair process is easy and quick and might take only a minute to be repaired.