Are you in search for a solution to solve one of the listed questions :

It is a pain for business clients when they are provided with the task for Exchange migration. If we tell the reality, most of users want to run from such kind of operations. However, running out from a problem not the solution. Therefore, we are here to help you with the best.

People are going to learn about a straightforward approach through which they can upgrade Exchange 2007 to 2016 or any other version. This technique does not have any intermediator and enables customers to work without any complications.

1 – Click on the ‘Download Now’ button given below to quickly get the setup file of BitRecover Email Backup Software. Install the application and once it gets completed, move towards Step (2).

2 – Launch the program on your system to begin Exchange 2007 to 2016 migration. From left-hand size of the panel, click on Exchange Server option.

3 – Enter the domain name or username of Exchange 2007 server and then, enter the password associated with it.

4 – Click on Login button to move towards the next phase of the procedure to upgrade Exchange 2007 to 2016 or any other version. 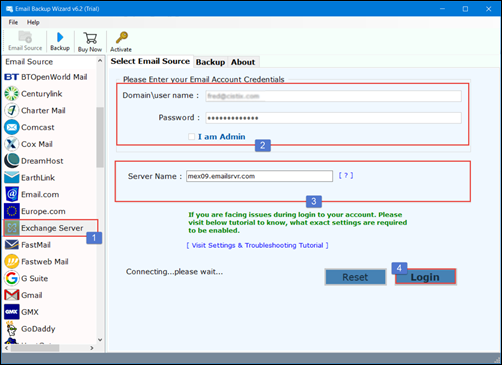 5 – The application starts extracting data from Exchange server 2007’s mailboxes. Once done with the extraction procedure, the tool automatically loads the fetched folder on left-hand side of the screen. 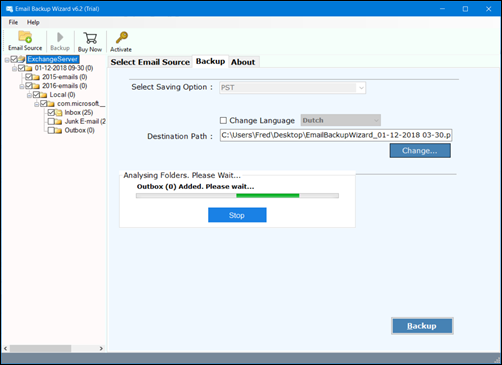 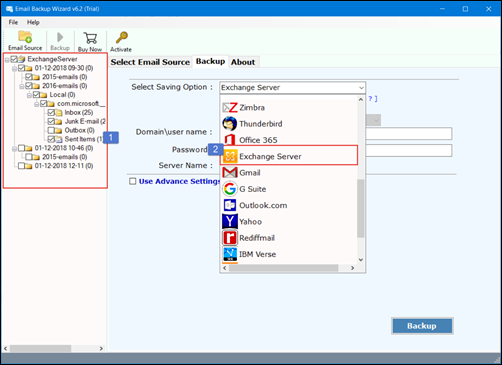 8 – Here the Exchange migration tool asks you to enter the required information associated with the target Exchange server. 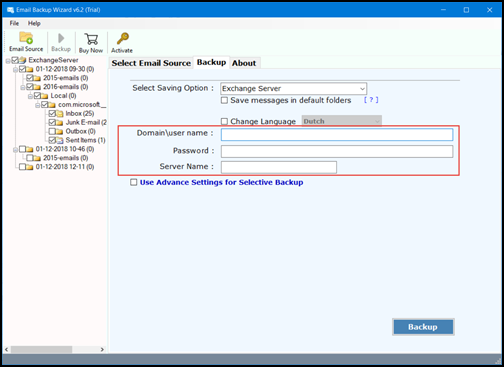 9 – After that, If you wish to export selective data on certain basis, apply ‘Advance Settings’. 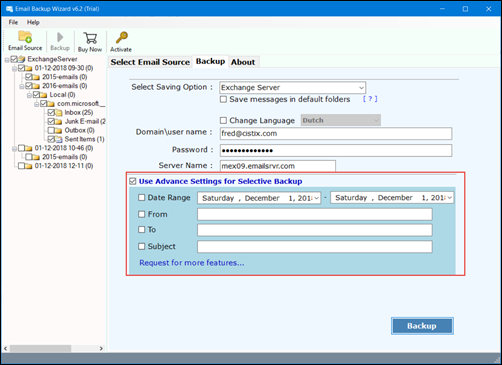 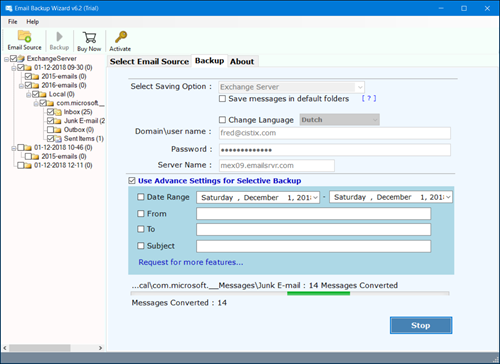 When the software prompts process completion message, it means that the data from Exchange 2007 has been moved to Exchange 2019 / 2016 / 2013 / 2010. You can check the mailboxes in target Exchange server account to believe that the migration has been finished successfully without any false calls.

Apart from the one that we suggested you above, there exists a manual technique to move mailbox from Exchange 2007 to 2019 / 2016 / 2013 / 2010. However, this can be executed only by a person who has expertise in Microsoft Exchange server. It is vital to know about each and every technical point present in Exchange platform.

If you have correct and complete knowledge about Exchange server, implement following highlighted instructions :

Seems as if you are literally confused and have a big question mark in mind, after reading the manual procedure for migration. Don’t take stress because its not good for your health! Keep yourself away from this technical stress by using the method that uses Exchange migration tool. It is cost effective as well as saves lots of precious time while accomplishing the task.

Readers must be thinking that why are we recommending a third-party solution to migrate Exchange 2007 to 2019 / 2016 / 2013 / 2010. Well, we want to tell them that – our purpose is not to advertise any product. Our only aim is to provide the best solution to troubleshoot problems related to the Exchange server. No matter whether the approach is manual or automated; we will recommend you only the best and suitable one.