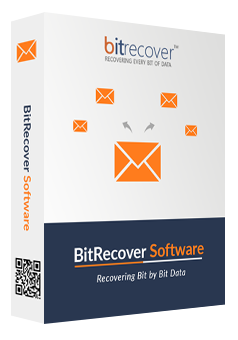 Numerous users are looking for a solution to switch SurgeMail Server to another email server/services. Many users recently contacted to BitRecover Support team then BitRecover developers decided to launch this all-in-one software. This application is fully loaded with several advanced features. BitRecover SurgeMail Converter Wizard is an efficient utility that comes with 30 saving formats. The tool is also capable to convert multiple SurgeMail user profiles in standard file formats.

This all-in-one software that has 30 saving formats in its saving formats. It is capable to convert SurgeMail Server emails and contacts in multiple formats including all components. SurgeMail Converter keeps all important items during the conversion like Attachments, Subject, Signature, Sender, and Receiver Information.

BitRecover SurgeMail Migration Tool is an excellent software that is authorized to convert the complete SurgeMail Server database. It is a well-suitable program to migrate SurgeMail emails, contacts, calendars, etc. in generic formats. The tool preserves the original folder structure after completion of the task.

30 days of money-back guarantee as per the company policy

After completion of the task, it makes a SavingLog report

The tool has dual options for uploading SurgeMail emails

Permits to convert all SurgeMail folders at once

It gives freedom to save converted data at desired location

Free SurgeMail Converter Wizard allows you to export first 25 emails from each SurgeMail Server folder to commonly used file extensions. Freeware edition is most helpful for checking the software features before purchasing the license keys.

Win 10 & All Below Windows Versions

📏 How to convert emails from SurgeMail Mail Server to Various formats?

❓ Can I export only the All Mail folder from SurgeMail Server to Adobe PDF documents?

Yes, this application permits to migrate selected SurgeMail Server folders into Adobe PDF files. You can choose only All Mail Folder from the whole database.

Yes, this software can be installed on all latest as well as previous Windows OS including Windows 10 PC.

🔣 Is Microsoft Outlook installation mandatory if I want to export SurgeMail Mailboxes into PST format?

No, MS Outlook configuration is not compulsory for extracting SurgeMail email messages in PST file extensions.

I have used this SurgeMail Migrator to move emails from SurgeMail Mail Server to Microsoft Exchange Server. The tool has provided me a 100% accurate result without manipulating the original information. I would like to recommend it to all users.

Before a few days ago, I was planning to switch from SurgeMail Server to MS Office 365 account. Then my senior suggested me BitRecover SurgeMail Converter Wizard, after using this software, I was very impressed. The tool comes with simple to use and advance features. 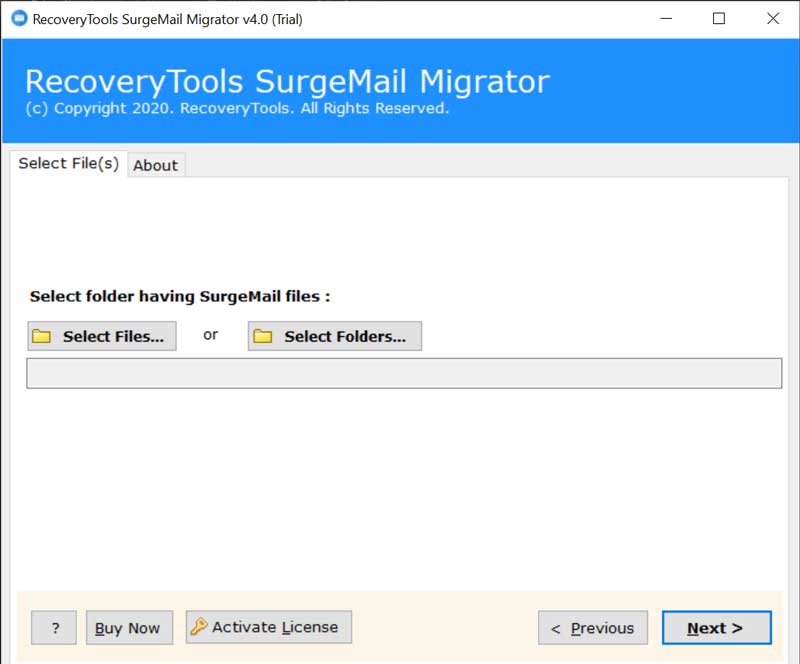 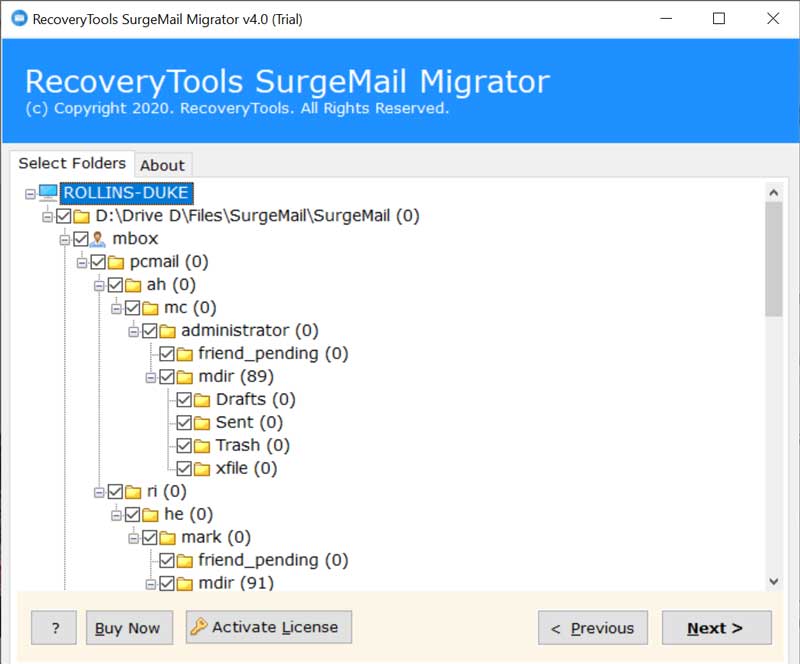 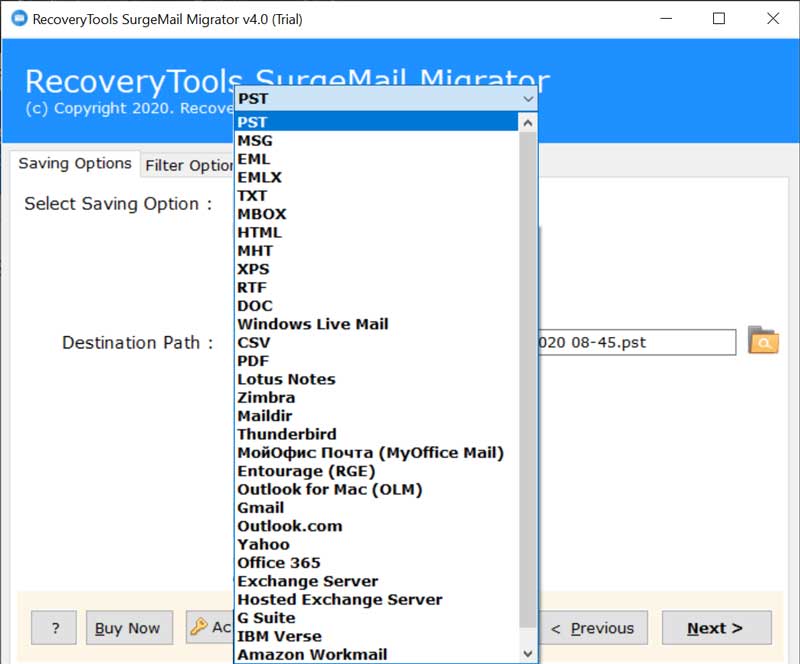 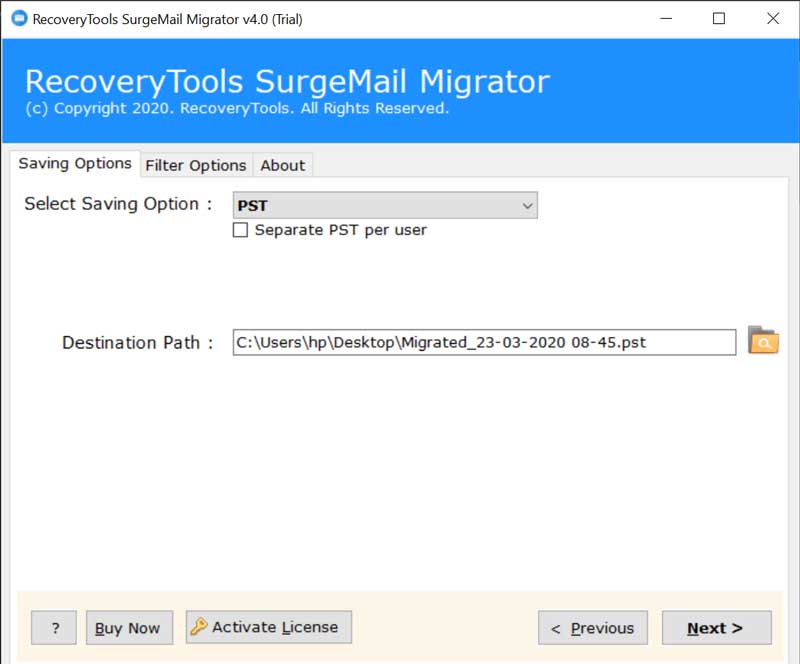 Step 5: Select Destination Path
Choose desired destination location and click on the Next button to continue. 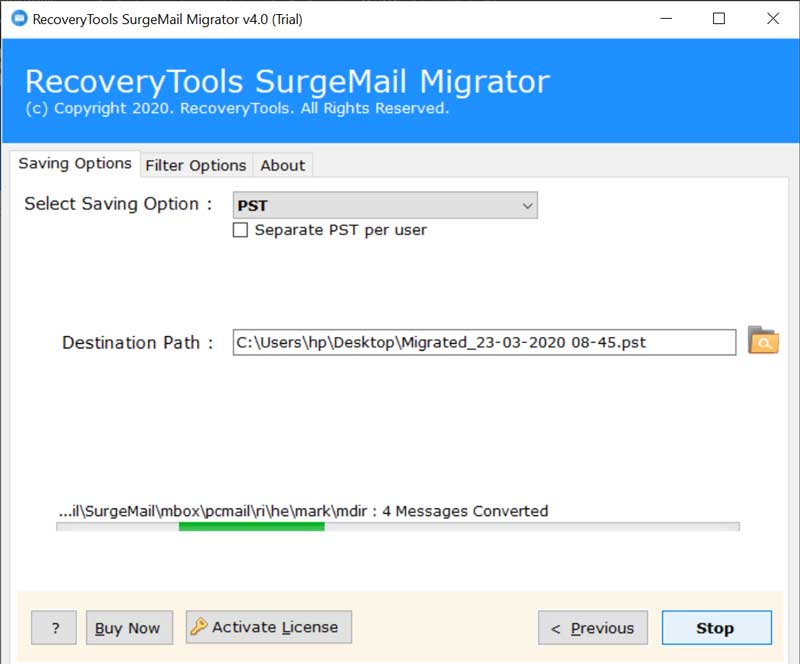 Step 6: SurgeMail Conversion
SurgeMail migration process is running, please for a while. 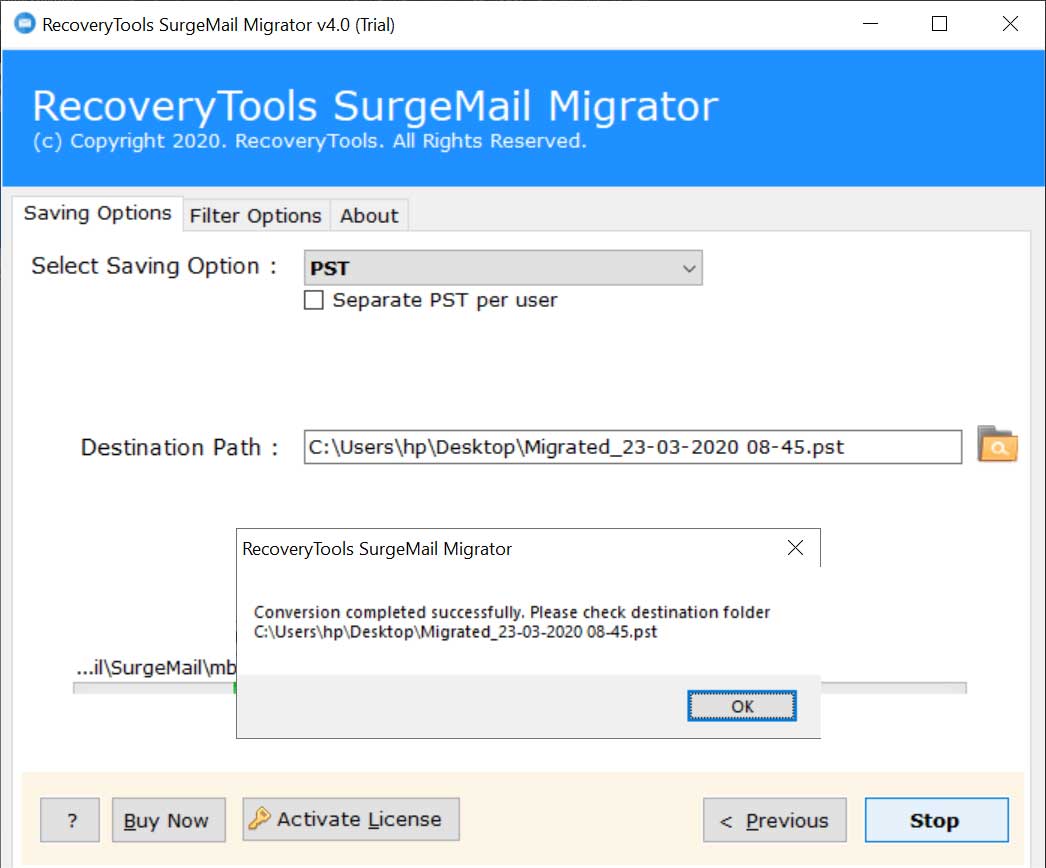 Step 7: Conversion Completed
SurgeMail Server conversion process has been completed, you can see the message of completion. 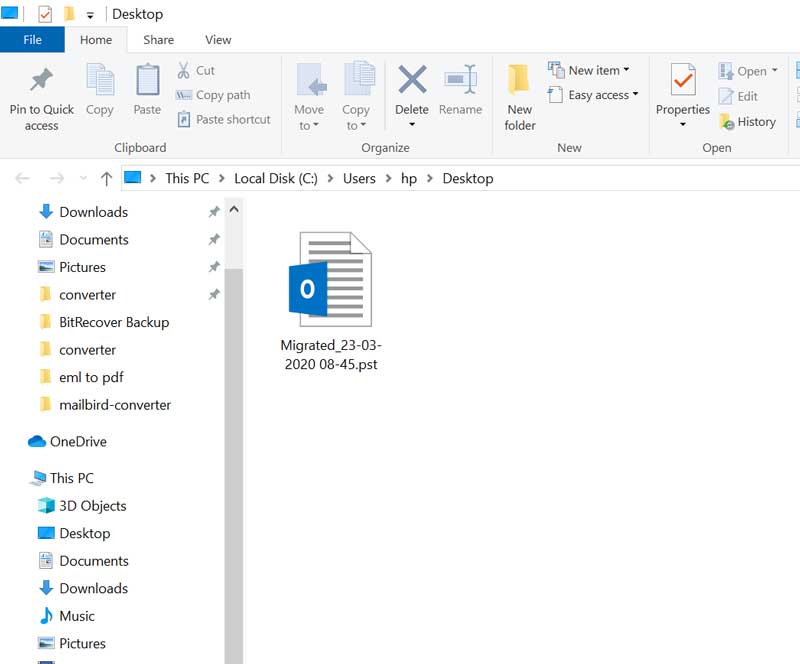 Step 8: Resultant Data
At last, the tool will automatically open the destination location. Get your resultant data.